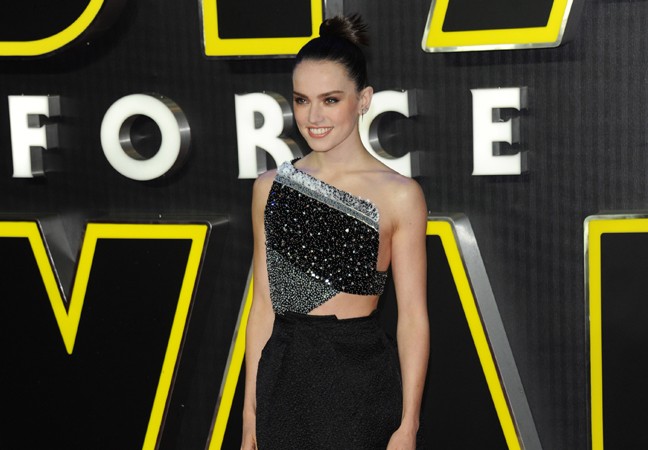 Daisy Ridley has admitted that she got emotional at the end of filming "Star Wars: The Force Awakens."

Daisy Ridley was emotional at the end of filming Star Wars: The Force Awakens.

The 23-year-old actress, who has been widely praised for her portrayal of Rey in the new movie, admitted that she found it hard to say goodbye to the cast and crew once they wrapped the shoot.

Speaking at the press conference in London, she said, “I do remember one of my most touching moments was at the end, because you look back and you can’t believe all the stuff that’s gone on and all of the many months, and all of the incredible hard work, passion and energy that’s been drawn from everyone and given graciously. So the last day I found probably the most emotional but the most exciting.”

Daisy praised co-stars Harrison Ford and Carrie Fisher for being so “generous” to her as she joined the franchise. She said: “There was a conversation with Harrison, and some things with Carrie. I think he just wanted to lead by example. So for me, it was amazing to see people who are so established with a huge career be kind and generous to everyone on set.”

Star Wars: The Force Awakens opened Friday at an estimated $120.5 million which included a record-breaking $57 million from previews Thursday night. It is the first film to have a “single” day gross in excess of $100 million. It also marks the largest Friday opening day and single day records, previously held by Harry Potter and the Deathly Hallows – Part 2.