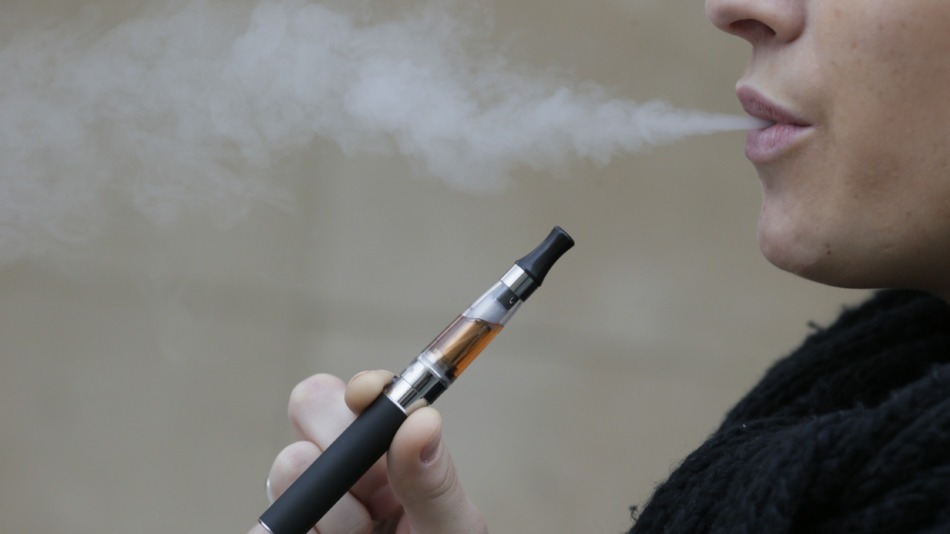 Concerns over the use of e-cigarettes continue to be noted.

Researchers at Harvard T. H. Chan School of Public Health say they have tested flavored electronic cigarettes and the liquids used to refill them and found more than 75 percent of them contain a chemical linked to severe respiratory disease.

The study, cited on Harvard.edu, found the chemical diacetyl and two other related potentially harmful compounds, in varieties of the flavorings that include cotton candy, “Fruit Squirts,” and cupcake, which would certainly appeal to younger audiences.

An association was previously found between diacetyl and a respiratory disease, bronchiolitis obliterans, known as “popcorn lung,” because it was first noted in workers in microwave popcorn factories that had inhaled the artificial butter flavoring containing the chemical.  The Occupational Safety and Health Administration (OSHA) had previously issued a warning to workers and the flavoring industry concerning the chemical.

Joseph Allen, lead author on the study, said the hazards associated with the inhalation of flavored chemicals was recognized over ten years ago, but diacetyl and other related flavoring chemicals are still being used in many flavors, including fruit and alcohol flavors, and as they found in their study, e-cigarette flavoring.

According to the article, there are over 7,000 varieties of flavored e-cigarettes and refills currently available, adding that the popularity of the devices is continuing to rise, even though there is a lack of information about their potential health effects.

The US Food and Drug Administration (FDA) has proposed a rule to include e-cigarettes in their regulatory authority involving certain tobacco and nicotine containing products, but e-cigs, as they are commonly called, are not currently regulated.

The research team tested for the presence of diacetyl,  and acetoin, and 2,3-pentanedione, two related flavoring compounds listed as “high priority” by the Flavor and Extract Manufacturers Association, meaning they may pose a respiratory hazard in the workplace environment.

At least one of the three was detected in 47 of the 51 types of flavored e-cigarettes and flavors tested, with diacetyl being detected in 39 flavors and the other two in 46 of the flavors.

David Christiani, Elkan Blout Professor of Environmental Genetics and study co-author said most of the health concerns with e-cigarettes had been focused on nicotine, but there are many other things we don’t yet know about them.

He added that in addition to nicotine, the e-cigarettes contained other cancer-causing chemicals and could cause severe lung damage.

The study was published online in Environmental Health Perspectives.