A very interesting new development from mobile carrier AT&T suggests that the company wants to improve Internet connectivity on airplanes going forward, and make online access more than just faster, but also more consistent and more widely-adopted. On Monday, AT&T announced that it plans to release a new high-speed Internet product late in 2015, with […] 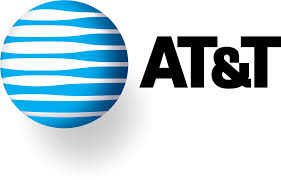 On Monday, AT&T announced that it plans to release a new high-speed Internet product late in 2015, with the foundation for the product being 4G LTE connectivity.  According to the carrier, this may set a precedent for other mobile carriers, as AT&T may eventually be joined by other competitors in the nascent space it is creating with the new product.  AT&T added that it will work with avionics supplier Honeywell International in creating this air-to-ground network.

The announcement from AT&T led to some fascinating, yet arguably troubling developments in the stock market, as Gogo shares were down by close to 20 percent in after-hours trading, while shares of Global Eagle Entertainment (Row 44’s parent company) also took a double-digit hit after the close of regular trading.  Both companies are involved in the in-flight Internet space, though neither have the same amount of clout as AT&T in the broader communications market.

Traditionally, in-flight Wi-Fi has always been a pain point for travelers, due to inconsistent access and a lack of affordable price points for the majority of consumers.  Such connectivity has indeed been on the premium side of things, as airlines and partner companies deal with a number of technical and financial headwinds in hopes of hitting the so-called “sweet spot” with consumers.  Still, the problems of slow Internet speed and a rather limited user experience have made in-flight Internet a less than welcome proposition for the majority of air travelers.  Gogo, in particular, said last year that only 6 percent of plane travelers had become its customers when the service was offered.

As for AT&T’s product, “Ma Bell’s” brand of in-flight Internet will be competing with LiveTV, Panasonic Avionics, and Thales, with the first of these companies being a satellite-based television and Internet provider currently being sold to the latter company by JetBlue.  All of the above companies use their own proprietary technology to allow for much better Wi-Fi access when in flight, and a number of airlines have hedged their bets on satellite-based Internet potentially satisfying more consumers in terms of Internet speed.

But even with all the challenges, adding to the fact that the in-flight Internet space is still taking the proverbial “baby steps”, the industry has a lot of promise when talking about the business side.  After all, it would be very convenient for travelers to have some access to the Internet when on a flight that could take over half a day, or to be able to answer important work-related emails while on the way to a business trip.